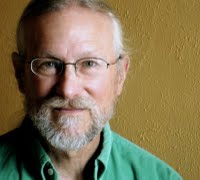 I caught two notable events on the last day of this summer's Clifford Brown Jazz Festival in Wilmington.  Having a daughter and her son in tow, we all went for a delightfully free visit to Wilmington's impressive "new" Queen Theatre for the 1:00pm show by JazzReach performing Hangin' with the Giants, aimed at children from Kindergarten to 4th Grade.  I speculated with my grandson Carl about what kind of giants we might encounter, but indeed these were Louis Armstrong, Duke Ellington, Charlie Parker, Dizzy Gillespie, Miles Davis, and Thelonious Monk. (What!! no John Coltrane?? ...Well, he was mentioned.)
These giants were portrayed by cartoon characters, appearing on a movie screen over the heads of the six musicians, their well-mimicked speaking voices timed via PowerPoint, which only crashed once (later to resume).  Duke Ellington periodically consumed various flavored ice-cream cones.  It was explained: "He was so cool he was ice-cold; he could even keep ice cream in his pockets."  The MC was the vocalist of the sextet; he had a cue-book to keep him on script, although there were amusing incidents of improvisation---he really made hay when the PowerPoint projection accidentally froze.  In almost every tune---the order was the chronology of the composer/giants---there was audience participation.  Our MC strolled through the audience with his cordless mic, giving almost everyone, parent and child alike, a chance to respond with, for example, "salt peanuts, salt peanuts." It was an excellent band with two saxes, the vocally astute MC plus piano, bass and drums.  The JazzReach website describes a Brooklyn-based ensemble with a floating personnel list.
Saturday evening, we caught the Rufus Reid set.  We enjoyed it, but I could not help wondering if much of the material was better suited to an intimate club rather than an heavily amplified, crowded outdoor setting.  (Although, it was great to see Rodney Square absolutely full of enthusiasts on a lovely evening with plenty of tempting good [and also junk] food for sale!)  Rufus is a bass player from north Jersey, an accomplished and polished veteran, and we heard plenty of bass solos, mellow stuff.  The last tune in the set was quite memorable; an intense, up-tempo tune with a very long angular head, brilliantly manipulated by his sax, trumpet and rhythm section.
Posted by Michelle Kramer-Fitzgerald
Email ThisBlogThis!Share to TwitterShare to FacebookShare to Pinterest