Artists and Neighbors Gather Around the Fountain

Utilizing Wilmington's newest public park, the first "Around the Fountain" festival was held at the recently reconstructed Cool Springs Reservoir Park on Sunday, August 29th. Located behind Ursuline Academy, the reservoir opened as a park with a pond and fountain, a bandstand and open grassy space in October 2009. With "Around the Fountain," the space has proven to be an ideal place for an outdoor festival, with a handful artists displaying artwork and crafts along the circular pathway, food vendors Yatz's water ice and Fat Rick's barbecue, the Delaware Humane Society (who organized a day full of canine events such as the dog parade) and live music.

Set up in the semi-circle in front of the Cool Springs fountain, musical acts Born Sisters, Sean Dougherty (a guitar teacher at The Grand) and former Montana Wildaxe member Chip Porter and Friends entertained the neighbors as they strolled the arts-lined sidewalks and seated on the outdoor bandstand's steps.

Despite the sweltering heat of the day, the arts kiosks, featuring local artists, including Tim Dunham (Photos by TNT), Jannine (Pick Me) and Faith Rosenblatt (Gimme Faith) were a reminder that Delaware's fall arts festival season is just about here -- next up, the Arden Fair on September 4th and the Brandywine Festival of the Arts on September 11th and 12th.
Posted by Holly Quinn 2 comments:
Email ThisBlogThis!Share to TwitterShare to FacebookShare to Pinterest

City Theater Company, Delaware's Off-Broadway, is currently accepting headshots/resumes for its December and May productions. Please send info to ctccasting@comcast.net and specify the production(s) for which you would like to be considered.

RECKLESS by Craig Lucas. Seeking 7 actors, age 18+, ( 4 women, 3 men) for December ...2010 production of this dark comedy.
NINE by Arthur Kopit and Maury Yeston. Seeking 14 actors, age 18+, (13 women and 1 male) with solid musical chops for May 2011 production of this searing musical. Age range for women's roles is 25 to 65. Male role is 35-45.
See http://www.city-theater.org/.
Posted by Arts in Media No comments:
Email ThisBlogThis!Share to TwitterShare to FacebookShare to Pinterest
Labels: City Theater Company 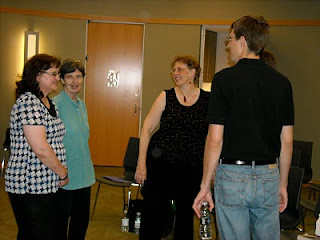 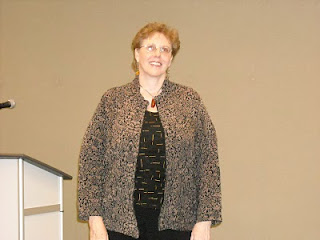 Jazzing Up a Vacation’s End

The last night of vacation is often a melancholy affair. Our foursome decided on a temporary distraction with a visit to the Atlantic Jazz Yard at 37 Wilmington Avenue in Rehoboth Beach. Open since Memorial Day, the venue boasts a spacious open-air courtyard between the main dining area and backyard lounge, with live jazz nightly from 8:00-11:00pm. The Yard will hopefully fill the void left by the closing of the much-beloved Sussex County jazz mecca, Sydney’s on Rehoboth Avenue.

Just dodging the earlier thunderstorm, our party relaxed in the breezy courtyard under plenty of tree cover (should the rains have returned). We were soon joined by a full house, enjoying the “lavish Prohibition-style cocktail” menu including “Sea Foam Fizz”, “Hemingway’s Daquiri” and “Penicillin”, along with yummy nosh like the kobe burger, lobster & corn salad and grilled flatbreads.

But also enjoyable this night was The Tap Room Trio, a Philly-based ensemble that now plays as the Yard’s house band every Wednesday and Thursday night. The guys – Dave on Hammond organ, Matt on drums, and group newcomer Dan on guitar – are in their mid-20s, but they play like they caught the jazz bug decades ago. And you can see they enjoy it.

Dave notes their favorite thing, and the main staple of their repertoire, is improv. Their set ranged from smooth, easy-rolling melodies to frenetic, wheeling notes; yet, they transitioned easily through each and kept the courtyard – filled with a nice demographic mix – lively. Although Dan is new to the group (joining 6 weeks ago), you wouldn’t have known; they played off of each other effortlessly. Dave’s organ work was fun to watch, as he moved from mellow to manic, and Matt had an impressive drum solo as well. Their musical influences include Jimmy Smith, Wes Montgomery, Grant Green, Blood Ulmer and Big John Patton.

Atlantic Jazz Yard is open Wednesday through Sunday 5:00pm to 1:00am, now through the end of the Rehoboth Beach Jazz Festival (October 13-17, 2010). It will reopen again in the spring.

'Tis the Season for Auditions...

This is the time of year that we Arts fans & participants all eagerly await...audition season! More specifically, it's choral ensemble audition season, with three local groups opening calls to available singers. There's truly something here for every age, so please check them out and good luck to all!

Delaware Valley Chorale Auditions
Auditions are now being scheduled for the Delaware Valley Chorale’s 2010-2011 season. All voice parts are open. Repertoire for the 2010-2011 season will include Ein deutsches Requiem by Johannes Brahms, Requiem by John Rutter, Old American Songs by Aaron Copland, And Jacob Dreamed by Josh Groffman, The Last Words of David by Randall Thompson, and Spirituals by H. T. Burleigh. Auditioners are asked to either prepare a solo which displays vocal quality and range, or to prepare a passage from one of the choral selections from next year’s repertoire. Excerpts from the 2010-2011 repertoire can be sent by e-mail in PDF format if requested. Singers will also be asked to sight read a simple passage of music (diatonic within a modest range). Please bring 2 copies of your audition material. Auditions are scheduled at The Episcopal Church of Saints Andrew and Matthew Sunday, August 22, 3:00-5:00 p.m.; Monday, August 23, 7:00-9:00 p.m.; and Sunday, September 19, 3:00-5:00 p.m. Additional dates/times available as needed. To schedule an audition, contact Barbara Kidd at 302.234.4866 or bmksop@aol.com.

New Ark Chorale Auditions
The New Ark Chorale announces auditions for the 2010-2011 concert season. There are openings in all sections. The ensemble rehearses on Tuesday evenings and presents 6-7 concerts each season. Auditions will consist of singing a solo selection and the opportunity to demonstrate sight-reading skills. Contact Music Director Dr. Michael Larkin at 302.475.5658 or email mlarksing@aol.com to arrange an audition time.

Wilmington Children's Chorus Auditions
WCC, known as the Singing Ambassadors of Wilmington, will be auditioning male & female singers ages 8 to 18. This chorus is tuition-free for all members and has ensembles for singers from beginnger to advanced ability. Audition dates are Saturday, September 11; Sunday, September 12 & Wednesday, September 15 at First & Central Presbyterian Church, 1101 N. Market Street in Wilmington. Audition appointments can be made by calling 302.762.3637. Visit their website to download audition materials.

See http://www.wilmingtonchildrenschorus.org/.
Posted by Arts in Media No comments:
Email ThisBlogThis!Share to TwitterShare to FacebookShare to Pinterest

The Kids Take Over Oz at Candlelight

On July 30, the family atmosphere and buzz of excitement at the sold-out New Candlelight Dinner Theater in Ardentown reflected a twist: for three nights of the summer production of "The Wizard of Oz," the professional adult cast took a break, and a young cast of up-and-coming actors from the NTC's theater camp took over.

One nice thing about "Oz" is that the Summer Camp Performances could incorporate both the younger Basic campers, who range in age from 7 to 11, and the older and more experienced Intensive campers, who are aged 12-18. After three weeks of rehearsals (two weeks for the Basic campers), the result was impressively polished, with colorful costumes, tight choreography and strong vocal performances.

This stage version (Directed by Paul Goodman and Choreographed by Shauna Goodman) is based closely on the Judy Garland film, featuring the classic songs "Over the Rainbow," "Follow the Yellow Brick Road," and "Ding Dong the Witch is Dead," as well as the lesser-known "Jitterbug," based on a deleted scene from the film, that's complete with an elaborate dance sequence.

As this was my first time experiencing a NTC Summer Camp performance, I had to wonder if they always luck into enrolling campers who are such perfect fits for the roles. From the munchkins to the principle actors--Elise Brown as Dorothy, Kayla Saunders as Scarecrow, Richard Gantt as Tinman, and Chandler Smith as the Cowardly Lion-- they spot-on captured the characters we all know so well. While most of the traditionally dual roles were split between two of the 50+ youth actors, Adam Gorowara played both the title role (with the help of an impressive giant puppet head) and the mysterious Professor Marvel with humor and apparent ease. Not least of all, the two witches, Good Witch Glinda, played by Christina Wyatt, and Emma Eckert as the Wicked Witch (as well as Becca Shumosic as her alter-ego Miss Gulch), were scene-stealers, as all witches should be.

The NCT offers a full evening of dinner and entertainment for one price, with a full cash bar available. Normally, the show's actors double as servers, but on this night those duties were taken over by adult members of the staff and crew. For the Summer Camp Performances, the buffet featured kid-friendly options, including surprisingly good macaroni and cheese and, in addition to choices such as Thai-chili meatballs, tilapia in cream sauce and shrimp cocktail. The culinary highlight, for me, at least, is the show-themed cocktails. For "Oz," that means the citrus-and-cream Yellow Brick Road, the Ruby Slippers, and the green Emerald City drinks. Since I wanted to be sharp for the play, I only tried one--but I can vouch for the Yellow Brick Road and say that the cocktails are definitely worth the extra charge.

There is still time to see the adult cast perform "The Wizard of Oz," which runs through August.
Posted by Holly Quinn 1 comment:
Email ThisBlogThis!Share to TwitterShare to FacebookShare to Pinterest
Newer Posts Older Posts Home
Subscribe to: Posts (Atom)