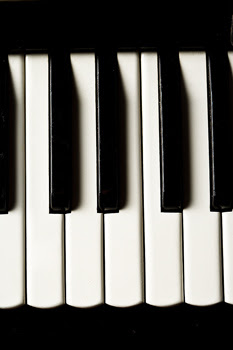 The Pyxis Quartet is brand new, but you would not know it by their ensemble playing in their November 1 concert at Grace United Methodist Church.

This was the dedicatory concert for the brand new Mason and Hamlin grand piano, which the church has purchased in memory of Ruth McFarlane. The lid was fully open, but Ms. Yamazaki’s playing could get so soft it became a whisper under the strings.

First violinist Meredith Amado has a steely focus but her touch on the 1662 Nicolò Amati was so delicate that the high notes came out in silken tones – and yet had the power in crescendo to blossom forth without overwhelming the group.
Jie Jen had some lovely lines in the Brahms Quartet Opus 26 in A major that showed the strength and power with which she could play – sometimes dominating Ms. Yamazaki’s pianissimo sound and then smoothly quieting to let the piano, viola and violin back to the fore.

The entire concert was delightful, but the reverberating stone walls tended to blur the clarity of the Mozart. But that which was robbed from Mozart was paid to Brahms as the resonance of the romantic quartet brought many members of the audience to their feet at the end of the concert.