Irreverence in a classical setting 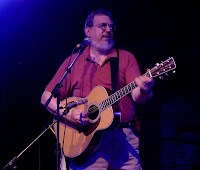 Making beautiful music requires two contradictory talents: the ability to play by the rules and the ability to break them. Only through years of practice can a classical musician acquire the technical skills that allows him or her to read the lines and also between them.

Friday’s Delaware Chamber Music Festival concert opened with a refreshing view of how to create a line of best fit between the tightly woven classical writing of composers Felix Mendelssohn and Maurice Ravel to see the jazz, folk and rock influences that permeate good music. After all, what is good music but a display of willful disregard for the rules while communicating within the limits of the composers design?

Barbara Govatos invited three fellow musicians who can deviate and conform: Julie Nishimura, John B. Hedges, and Douglas Mapp. Julie Nishimura, a tiny powerhouse in classical music, had no problem letting her quirky side rule while playing the piano for Four on the floor for violin, cello, bass and piano by Libby Larsen. She leaned left and right, feet swinging on the pedals and she put her whole body into the “slam-‘em-home” walking bass which provided the platform for the other musicians: Barbara on violin, Douglas Mapp on bass and Clancy Newman on the cello.

Clancy Newman played his own composition called Song without words for solo cello in which he played wild rock themes, jazz and blues while using his refined cello technique to touch the gentlest harmonics and also to jab the bow so hard it made an almost drum-like clicking.

A respite was given with David Bromberg’s acoustic guitar accompaniments of Barbara Govatos’ surprisingly good Irish fiddle performances of two ballads: Ashokan Farewell and Amazing Grace. Every now and then she betrayed her training by pulling off a perfect classical trill just after a country shindig slide up to a melody note.

Although I loved John B Hedges piano improvisation when he played his own version of “22-20”, playing soft enough to let us hear David Bromberg’s vocals and guitar, I did not enjoy the Devilwhere for violin, electric guitar and contrabass which he wrote to commemorate the 25th anniversary of the Delaware Chamber Music Festival. It was so complex that it took Jim Tisdall to handle the electrified acoustic guitar part. Doug Mapp put his all into the wild bass string-snapping, but the overall effect was more bumpy than fun.

The crew of Nishimura, Govatos, and Newman finished the evening with the fastest rendition of Felix Mendelssohn’s Trio in c minor, opus 66 I have ever heard. Their point seemed to be that even within the strictures of the romantic era style, there is verve and jazz. The message worked much more successfully in the second movement of the Sonata for piano and violin by Maurice Ravel. For this piece, Nishimura was able to zing the syncopated notes just on the edge of the margins left by Ravel and Govatos had no problem moving with that. I feel sure Ravel would have given this piece a standing ovation – two irreverent American musicians using their skilled sophistication to bring a message of wonder about how all styles of music have coinciding arcs.