The performance will be led by 6-WIRE (Xiang Gao, violin/director; Cathy Yang, erhu & Matthew Brower, piano), the Master Players Ensemble-in-Residence. 6-WIRE is inspired by the historical connection between the erhu, the Chinese 2-stringed violin, and the 4-stringed violin — both essential instruments in the East and West.  The ensemble mixes traditional romanticism and virtuosity with new chamber music.

The New York premiere of Clearwater Rhapsody for 6-WIRE and cello by MacArthur Genius Grant awardee Bright Sheng features the world-renowned composer at the piano. The concert will also feature the New York debut of compositions and arrangements by Xiang Gao. A composition titled 6th Sense for 6-WIRE and cello will feature UD faculty cellist Lawrence Stomberg in memory of the victims of the Sandy Hook Elementary School shooting in 2012.

Members of the UD Symphony Orchestra, under the leadership of UD Director of Orchestral Activities James Allen Anderson, open the program with the World Premiere of the 6-WIRE arrangement of Bach’s concerto for violin and oboe.

In this performance, which includes guest harpsichordist Tracy Richardson, the erhu replaces the oboe part to bring a new sound to the masterpiece. Renowned Chinese violin-maker Yunkai Jiang created a violin-erhu hybrid cello called Gupinghu, and Master Players guest cellist Gabriel Cabezas will perform on the Gupinghu for the instrument’s New York debut.

Encompassing both Dupont Galleries, this large collection of works immediately engages the senses.  From a special projection room featuring a digital video by Eddy Rhenals-Narvaez to Abby Daleki's fabric sculpture with accompanying sound, this impressive show offers painting, sculpture, video, and even a water feature.  There is something for everyone, including a wall-sized video exhibit of the north pole of Saturn juxtaposed with scenes from Earth (created by Juan Pablo Cardenas).  Don't miss this experience!  Congratulations, Class of 2017!

The exhibition runs May 5 through June 11, 2017 at The Delaware Contemporary, 200 S. Madison Street in Wilmington.  Admission is free.  Suggested donations are: $10 for adults and $5 for children under 18.

Posted by Arts in Media No comments:
Email ThisBlogThis!Share to TwitterShare to FacebookShare to Pinterest
Labels: Master of Fine Arts, The Delaware Contemporary, University of Delaware

By Delaware Arts Info blogger Charles "Ebbie" Alfree III
How the hell do they do it??? I’m referring to the cast of Noises Off presented by the University of Delaware’s Resident Ensemble Players. Guest Artistic Director, Gregory Boyd, directs the hardest working cast currently in Delaware! It takes a great director to guide a cast through the intricate blocking of this hysterical play, and Mr. Boyd accomplished his task.
Michael Frayn’s slapstick comedy tells the story of a third-rate acting troupe as they attempt to produce a British sex farce, Nothing On, while beginning and ending affairs, drinking, and competing for the director’s attention. What ensues is hilarity beyond belief.
It’s a thin story, but it’s the characters, witty lines and most of all, the comic timing that make this three-act play a must see! The timing is everything in the production; one mistake can throw off the entire play and cause a catastrophe. However, this cast of true professionals—Deena Burke, Michael Gotch, Elizabeth Heflin, Mic Matarrese, Carine Montbertrand, Stephen Pelinski, Kathleen Pirkl Tague, Steve Tague and John Tyson—never drops the ball. Watching Noises Off is like watching a master class in comedy-theater.  The cast seamlessly plays two characters in this play within a play, as well as uses multiple props and continuously enters and exits through numerous doors that make up the multipurpose set.
One side of Neil Patel’s set is an English country home – the setting for Nothing On -and the other side is the backstage of the fictitious play, allowing the audience to see the front and backstage antics all at once.  The set is as impeccable as the actors. It gives the audience a view that most don’t see or experience, seeing a play from backstage.
Anyone who loves theater should not miss Noises Off, even if slapstick is “not your cup of tea.” Any true theater lover will appreciate the work that goes into this play.

Now, I’m ready for a plate of sardines; go see the play and you’ll understand why.
See www.rep.udel.edu.
Posted by Arts in Media No comments:
Email ThisBlogThis!Share to TwitterShare to FacebookShare to Pinterest
Labels: Noises Off, Resident Ensemble Players, University of Delaware 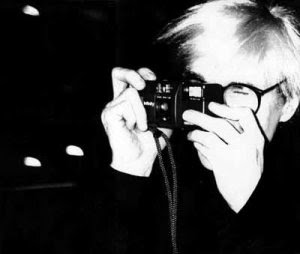 Guest director John Going played up the signature wit with theatrical affectations and period politesse for delicious sight gags. The cast, costumes and country-house set were all spot-on in the sumptuous new Thompson Theater.

Artistic director Sanford Robbins offered a teaser for this autumn. The opener will be “I Am My Own Wife” by playwright Doug Wright. This daring World War II survival story swept the 2004 Tony, Pulitzer Prize and just about every other drama award after its Broadway debut.