Born in the 20th Century 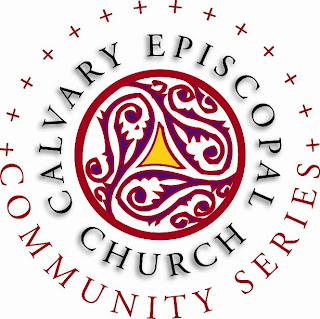 On a very cold and dull January Sunday, musicians were busy preparing for a most unusual concert – a gathering of composers, some performing their own pieces, in a church. As our blog has reported before, Calvary Episcopal Church has invited musicians, actors and other artists to show their creativity to their congregation and to the community.

Christopher Braddock’s piece, All the days he has seen, was inspired by Winterthur’s Hippocampus and Box Scroll Garden. The guitar, flute and violin trio is a baroque-inspired work but with modern harmony – a muse on what Hippocampus sees during the changing seasons in his reflecting pool.

Chuck Holdeman’s Avant, adage, après for bassoon and piano is a piece in three movements – the first and last movements having a very jazzy and syncopated style and the middle movement made up of sustained chords which the composer used to create an effect of dreamy contemplation.

Kirk O’Riordan’s Pressing forward, pushing back was perhaps a bit too amorphous for my taste – the wild beginning felt like ambulances off to an emergency – with Melinda Bowman, flute and Richard Gangwisch, piano giving it a great run for the money. But O’Riordan told me later that his piece was his expression of how people resist new ideas…and I guess I am guilty of resisting.

Andrea Clearfield (not present) wrote a trio called Spirit Island and two movements were offered, showing off Hiroko Yamazaki’s amazing energy and technique on the piano. Her playing provided a great basis for Jennifer Stomberg’s cello and Melinda Bowman’s flute lines. I found Rowing much more of a structured piece than Variations on a dream.

Hats off to Zachary Crystal for a startlingly surprising soft beginning of Michi by Keiko Abe for solo marimba. Crystal played with four mallets and started and ended so softly that he drew the audience’s attention with a pianissimo and said adieu the same way.

Next month’s community event is a photography contest. Entry forms and rules are on their web site. 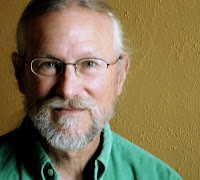 “June after June giving up, giving in, giving out: trumpeting the exquisite, excruciating pleasure of growing here” is how poet Susan Windle blessed the Rainbow Chorale on its 10th anniversary concert.

Windle recited her work, Into the Blue: A Blessing from The Rainbow Chorale. As gifted a performer as she is poet, her reading sent chills down my spine as I realized how spellbinding a professional recital of a poem can be.

Andrea Clearfield was pleased with the premiere. “It was exciting to be involved because in ten years, this was the first piece ever commissioned by the chorus.”

Chad Nelson, bass, was glad that two former directors had attended the concert. “It’s really exciting to have both Alison Skinner, who was our Artistic Director from 2007 to 2008, and Elliot Jones, who was our founding director, here tonight.”

Jones conducted the Chorale in a spectacular arrangement of Somewhere Over the Rainbow which he had instituted as a quasi theme song for the group. The a cappela harmonies in this song were impressive indeed.