The Warmth of Winter Winds


The Music School of Delaware took a defiant leap and presented a delightful menu of winds – which, in spite of the chilly title and weather, attracted quite an audience. The programming was surprising, refreshing and delightful and unexpected like an amaryllis opening in the middle of winter. 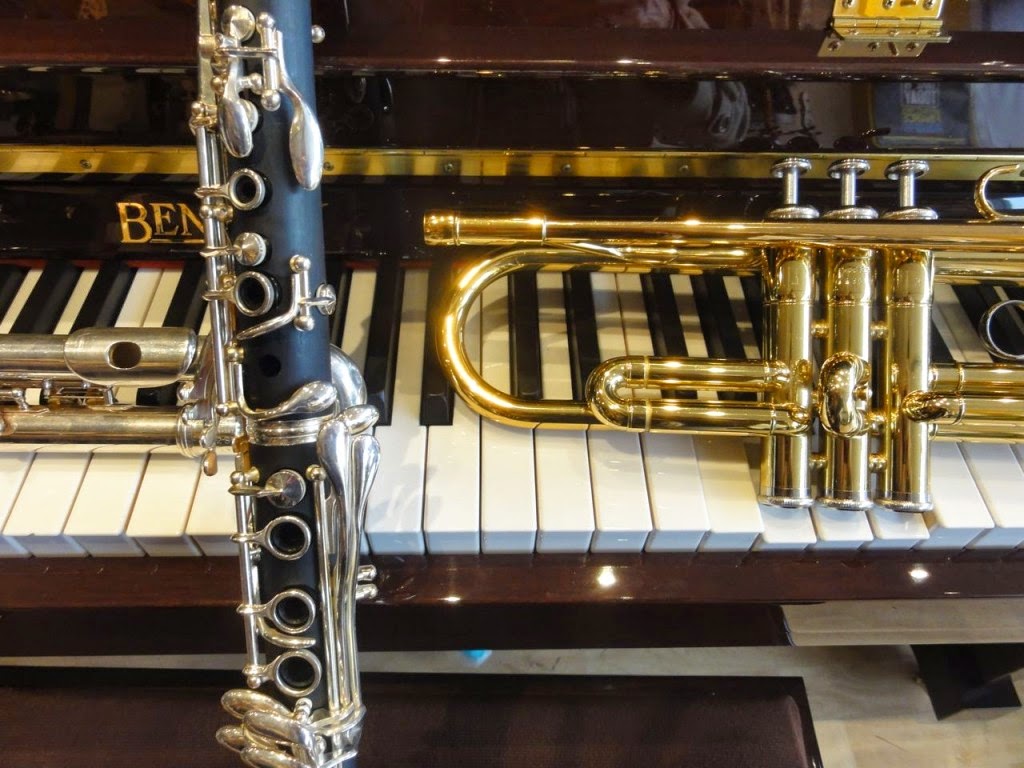 The first piece was Wind quintet No. 3 in F major by Giuseppe Maria Cambrini.  Although Cambrini did not make it to the standard repertoire as did his contemporary and teasing competitor, Wolfgang Mozart, his style is evocative of that era in its light classical lilt.  The interweaving themes and Mozartian style were a great vehicle for combining the dark sounds of horn (Anna Skrupky) and bassoon (Chuck Holdeman) and the filigree of clarinet (Jared Eastridge), oboe, (Susan Ritter) and flute (Melinda Bowman).

The Three Irish Songs by john Corigliano with Jessica Graae, soprano, and Lynn Cooksey, flute presented and intriguing combination with some harmonies that were rather surprising, but this could be due to the small auditorium and the big sound of diminutive Ms. Graae’s surprisingly strong voice.

And when was the last time you heard kettledrums in a chamber ensemble?  The Nightwatch: a dialog for horn, flute and kettledurms by Ellis B. Kohs was an amazingly delicate morsel.  The flute starts with a birdsong, the horn follows with a frog call and the kettledrum provides a beat and drone and then the flute and horn move into a duet and the kettledrum joins for a trio.

The Sonata for flute, oboe and piano by Madeleine Dring,  a British composer (1923-1977) --who,  by the way,  sounds surprisingly like Francis Poulenc-- is a fun romp.  Ms. Ritter and Ms. Bowman played the wild cadenza beautifully.

Ms. Cheng, piano, was the backbone of the second half with her collaboration.  The Dance from “Ballade, pastorale, and dance” by Eric Ewazen for flute, horn and piano and the Tarantella for flute, clarinet and piano, Opus 6 by Camille Saint-Saens profited from her expertise.

The concert was topped off by the Sonata for horn, trumpet and trombone by Francis Poulenc which was played in a no-holes-barred romp by Anna Skrupky, horn, Katelynn Griess, trombone and Malcolm McDuffee, trumpet.

Even on that grey winter evening, the winds warmed up the smiles in the audience.  Music School Dean Cheri Astolfi created a fantastic event to show off her wind staff.