Warm hats and notes for Mėlomanie 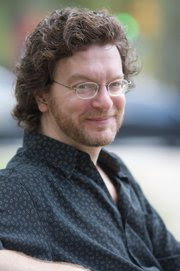 Mėlomanie invited guest composer Kile Smith for the premiere of his work The Nobility of Women for harpsichord, ‘cello, viola da gamba, violin, flute and oboe. The work is a series of dances which have both a baroque inspiration and a modern treatment– especially the fanfare of the Overture. Smith’s mastery of detail (his years as librarian of the Fleischer collection made their mark) was evident in his his careful consideration of each instrument as a soloist.

As is their wont, Mėlomanie mixed it up and presented a more modernist work by Mark Hagerty, Variations on a theme by Steely Dan which came out surprisingly well using harpsichord as the keyboard. Priscilla Smith and Kim Reighley were able to trade styles and melodic lines as they followed Hagerty’s merry romp through the gamut of baroque to bop. Doug McNames was also at ease letting loose with his ‘cello acting the dancing double bass and bringing a surprising twentieth century rock style to the fun grouping of baroque players.

Long-time member Donna Fournier played one of her best concerts with her performance of the Suite in D Minor by Joseph Bodin de Boismortier. She has really become a master of the viola da gamba and it was an exhilarating experience to hear her play.

Priscilla Smith brought a very fresh and unadorned mastery of baroque oboe to the fore as she played the beautiful, quiet and almost vibrato-free melodies of Telemann and Couperin. Her youth and talent promise a great deal for her future. She already has an impressive resume of performances as a baroque player.

Mėlomanie accepted donations of gloves, scarves and hats in lieu of tickets to benefit Friendship House.