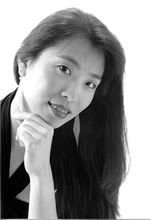 Artistic director Xiang Gao has not only put Delaware on the map with his own violin performances, but he has brought great musicians to the UD campus. The Master Players Concert Series and the Delaware Korean American Association sponsored the February 13 piano and violin recital by David Kim, concertmaster of the Philadelphia Orchestra and Marian Lee, faculty pianist at the University of Delaware and former Julliard classmate of Mr. Kim.

The two musicians are both so good that not only were they able to play the second movement of the F.A.E. Sonata Scherzo (Brahms’ contribution to a multi-composer work written as a tribute to the violinist Joseph Joachim), but they were also able to master the dynamic levels so that each phrase blossomed like a firecracker fountain then yielded to the next phrase so that it was truly a performance of two equal partners – just as Brahms would have wanted.

Dr. Lee gave a pristine performance of the Intermezzo Opus 118, No. 2 in A Major. She brought out the intricate balance of the middle voice and delicately wound the upper melody around it without crowding either line. Her clean playing made the effect of the piece dramatic in its purity.

The two violin sonatas which followed each had that magic that is made up of so many little details that master musicians can pull off without schmaltz or excess. In the Sonata in A Major, Opus 100, there were almost imperceptible hesitations before the most dramatic notes which were so smoothly coordinated that this just had to come from feeling the music rather than a learned gesture.

And the performance of the Sonata in D Minor, Opus 108 showed again how easily the balance of sound was achieved so that even with the busiest parts and an open lid on a grand piano, the piano never hid the violin, even when Mr. Kim played in the very lowest range of the violin. His tone is consistently smooth and beautiful and he found a very good collaborator in Marian Lee.