Arty at the Party 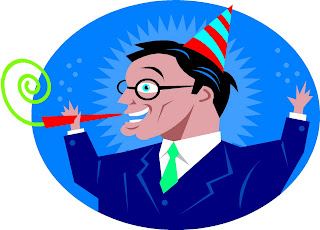 Mélomanie celebrated their year at a picnic at the home of Mark Hagerty and Tracy Richardson, and Arty found plenty of musical fun and festivity to be had…

As guest Sylvia Ahramjian showed off her new Baroque violin to Philadelphia violinist Fran Berge, rich sounds emanated from the music salon. The salon houses both of Richardson’s harpsichords, which have also been busy this summer, as Mélomanie continues to record its new CD, slated for release later this year.

Mélomanie Board President Tommie Almond presented a cake adorned with a photo of flutist Kim Reighley’s Baroque instrument (taken by photographer Tim Bayard), as a celebration of Reighley’s newly announced doctorate and tenure as music professor at West Chester University. Congrats, Ms. Reighley; what a great start to the new season!

Rafael Arauco was seeking more venues to play piano in ensembles. He heard a great deal about the Vermont Music and Arts program from Margaret Darby.

Guitarist and composer Chris Braddock and his wife, violinist Jeanmarie Braddock, recently welcomed another family musician, their son Benjamin, who slept peacefully through the picnic.
During the lively conversations, Arty was surprised to hear absolutely no mention of the departure of Mark Mobley from the DSO staff. Arty wonders, is Mobley’s exit “just another” in a string of recent losses, which also touched DTC and Rehoboth Art League…Shall we pretend not to notice until the seasons start up in the fall?

Arts in Media’s Michelle Kramer-Fitzgerald proudly announced that her latest blogger at Delaware Arts Info, Holly Quinn, is truly enthusiastic about happenings south of the Canal and looks to help expand the blog’s reach. Stay tuned to this address for posts from Quinn as the Arts get back into full swing.

And Arty wonders: is it a coincidence that all the musicians and spouses at this gathering were gourmet cooks and/or gourmand eaters? If musicians create a love of food, eat on!