A Wild Trip to Neverland with Peter and the Starcatcher

By Mike Logothetis
“No man is an archipelago.” That’s one pearl of wisdom I learned at the Wilmington Drama League’s production of Peter and the Starcatcher – a wildly theatrical “origin story” of one of literature’s favorite mischievous boys, Peter Pan.

Adapted from Dave Barry and Ridley Pearson’s best-selling 2004 novel, the 2011 play was conceived for the stage by directors Roger Rees and Alex Timbers and written by Rick Elice, with music by Wayne Barker. The Tony Award-winning show upends the century-old story of how a miserable orphan came to be “The Boy Who Wouldn’t Grow Up.”

WDL director Rebecca May Flowers utilizes a competent ensemble cast to fully realize the wackiness of the storyline set in the late 19th Century. Creative props and acute stage timing make sure the action never stops. Though Peter and the Starcatcher often employs 21st Century terms, it’s still set at a time when duty often clouded emotion, plus gender and class were defining/limiting characteristics.

It took about 10 minutes for the show to congeal into a coherent plot after unevenly developing the setting and characters with first- and third-person dialog coupled with breaking of the fourth wall. It’s a little much to grasp to start a play, but the WDL does well with what is provided in terms of script. Once the audience is set on who’s who and what’s what, the cast takes us on an enjoyable romp through all sorts of adventures. You won’t need to know “Norse Code” to appreciate the treasures of this production.

The fantastical story includes a spunky girl, an ocean voyage, a cargo of something called stardust, pirates, a shipwreck, mermaids, islanders, and three orphans – one of whom is without a name. While the tale is linear in its construction, the action gloriously yanks us from side to side with funny situations, physical comedy, and hilarious malapropisms.

Molly Aster (Talia Speak) is at the center of it all. Teenage Molly is dutifully bound to her father, Lord Aster (Tony DelNegro), but has a strong independent streak which leads her to discover Ted (Catherine Enslen), Prentiss (Lauren Unterberger), and an unnamed boy (Gianni Palmarini) detained in the cargo hold of a ship called the Neverland. Scheming Captain Slank, played by an excellent Ruthie Holland, has plans to sell the boys and profit from the secret cargo of stardust he’s deviously acquired.

Meanwhile, Lord Aster is aboard the Wasp protecting a trunk containing what he believes is the stardust. When pirates raid the Wasp in search of the magical cargo, both Lord Aster’s and Molly’s plans fly out the window. Molly is compelled to free the boy captives on the Neverland, protect the precious cargo, and save her imprisoned father on the Wasp. Poor nanny Mrs. Bumbrake (Kathy Harris) cannot keep up with her charge, the energetic Molly, but thankfully finds comfort in the arms of flatulent sailor Alf (Catherine Glen). Their love story is a successful comedic side plot within a comedy.

The pirate captain Black Stache (Alfred Lance) is a cyclone of chaos who is “all swash and no buckle.” Lance is outstanding and every time he prowls the stage, your eyes fixate on him. “Now you’re likely wondering, can the fellow before you be entirely evil? Can no compassion uncrease this furrowed brew?” Black Stache says. “Brow,” his pirate lieutenant Smee (Molly Pratzner) corrects. It’s clever wordplay like this that makes this show a must-see. (There’s even a wonderful poetry battle built into the show!)

A special bond grows between Molly and the unnamed boy – who later receives the moniker “Peter Pan” in an interesting and magical way. Molly, Peter and the two other orphans make their way through varied obstacles (e.g., a shipwreck) and antagonists, like the island native Mollusks who menacingly chant Italian food names.

I won’t reveal any spoilers, but I will insist that you are comfortably in your seat at the start of the second act so as not to miss the opening number involving almost everyone in the show. The ensemble cast play multiple roles and is rounded out by Hayley Hughes, Autumn Moore, and Felicia Walker.

Sean Flowers’ scenic design and clever props allow toy ships to become real ones, umbrellas to form a jungle, ropes to define portals, and a blue glove to morph into a bird. It’s all very effective.

Pianist/percussionist Tom Mucchetti provides timely accompaniment to the action on stage while sitting in the middle of all the madness.

From marauding pirates and jungle natives to unwilling comrades and unlikely heroes, Peter and the Starcatcher playfully explores the bonds of friendship, duty, and love. Don’t miss out on the adventure!

This production of Peter and the Starcatcher at Wilmington Drama League runs through November 19 at the theater on Lea Boulevard in Wilmington. Tickets cost $10-15 for both evening and matinee shows. Performances are at 8:00pm on November 10, 11, 17 and 18 and at 2:00pm on November 12 and 19. 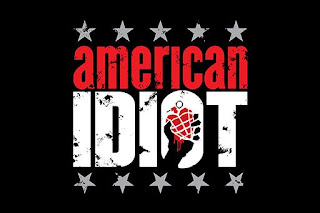