Pamelyn Manocchio Takes Over to Lead The Grand Opera House 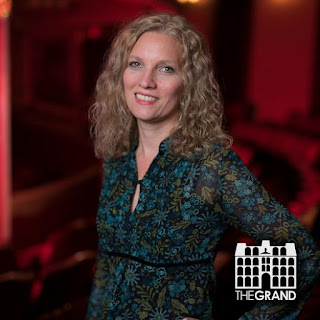 Brian DiSabatino, chairman of The Grand Opera House, announced that the Board of Directors has appointed Pamelyn Manocchio as the performing arts center’s next Executive Director.

“We are delighted that Pam is taking the helm at the beginning of a new, post-COVID era in the life of The Grand and the arts in Wilmington,” said DiSabatino. “As a long-time senior staff leader, she will provide a measure of continuity and institutional familiarity." DiSabatino noted that Manocchio has demonstrated creativity and innovation in her previous role(s) with The Grand, and that they are looking forward to new ideas and new energy from her and the organization as she takes the helm this fall.

After Fields announced his retirement, the Board and its executive committee met promptly to develop a transition plan, and it reached a quick consensus on the best course of action. DiSabatino explained, “the Board felt there was no reason to conduct a search regionally or nationally when it has the talent it needs on staff already.”

“I am thrilled and grateful for the opportunity to take on this leadership role for The Grand,” said Manocchio. “Having worked side by side with both Mark Fields and Steve Bailey over the past 16 years, I feel well-prepared to guide this institution into its next chapter. We have lots of room to grow in our community, and we’ll do so in the most impactful and creative ways imaginable.”

“I’m very excited to continue working with the incredible team that’s in place here. We have an amazing board, dedicated Show Corps, passionate Trustees, and the most talented staff and crew – not to mention our wonderful patrons and donors. It’s going to be a lot of work ahead, and a lot of fun!”

Manocchio first came to The Grand in 2006 as Director of Development and segued into the role of Director of Community Engagement in 2009. In that position, she oversaw all of The Grand’s outreach and education programs with the community, including Stages of Discovery (school matinees), Summer Explorers, and The Grand Galleries (rotating visual art exhibitions). These programs serve more than 30,000 youth and adults annually.

She also launched several impactful new programs including Summer in the Parks, celebrating 10 years of arts programing in partnership with the City of Wilmington, and sensory-friendly performances specifically designed to serve children and adults with autism spectrum disorder. The Sensory Friendly program twice received funding from the National Endowment for the Arts, as well as a visit from then-NEA Director Mary Anne Carter in 2019 to learn more about the innovative program.

She was named Managing Director in Fall 2021 when Steve Bailey stepped away from that position.

In addition to Manocchio’s work at The Grand, she has held leadership positions with several arts-related organizations in the state, including the Delaware Arts Alliance, the Arts Consortium of Delaware, and the Arts-Culture-Heritage collective.

Manocchio holds a BM in Music Management from the University of Hartford’s Hartt School of Music. She also trained as a classical flutist, and keeps up her musical side as leader of her church’s bell choir. She lives in North Wilmington with her husband Steve, who also works in the arts, and enjoys an active life with their two teenage children.

For more information about The Grand, visit TheGrandWilmington.org.
Posted by Arts in Media
Email ThisBlogThis!Share to TwitterShare to FacebookShare to Pinterest
Labels: Executive Director, Pamelyn Manocchio, The Grand Opera House