Wilmington's Summer in the Parks Turns 5

This post comes from a release courtesy of The City of Wilmington... 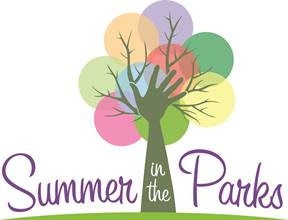 Wilmington Mayor Mike Purzycki and The Grand Executive Director Mark Fields today announced details about the fifth season of Summer in the Parks, a series of interactive cultural experiences provided free in Wilmington’s neighborhood parks. The program, a collaboration between the City and The Grand, will feature more than 60 events in 13 parks and public spaces across the city.

Each week, Summer in the Parks will feature cultural programs on a fixed schedule in eight city parks, including Haynes, Tilton, Holloway, Woodlawn, Prices Run, Barbara Hicks, Judy Johnson, and the Helen Chambers Playground. In addition, each week will feature a more traditional concert during the early evening. While The Grand serves as producer for the innovative program, it draws on a wide variety of artistic talent from Wilmington and the region.

“The partnership between the City and The Grand has produced unique and outstanding programs which children and families have enjoyed for the past few years,” said Mayor Purzycki. “We are pleased to present another summer of fun, entertainment and interactive opportunities in our City parks.”

All of the Summer in the Parks activities are designed to be more than presentations or performances by including some component of audience participation or interactivity, such as storytelling, theater, art, music, dance, and crafts. Summer in the Parks will showcase a total of 191 individual artists this summer representing 32 cultural organizations and groups. A full schedule of daytime and evening activities can be found on The Grand’s website.

Pamelyn Manocchio, The Grand’s Director of Community Engagement, is the producing coordinator for Summer in the Parks. “These seven weeks represent some of the most creative, engaged people from the arts community. All of them are dedicated to the idea of taking art out of our theaters and studios and right into the heart of these neighborhoods. We’re not asking the people to come to the art. We’re bringing the art directly to the city residents.”

“We’re extremely proud of this program,” said Fields, “for what it does for the city’s youth and families, but also what it demonstrates about the highly collaborative arts community we have created through the years. Summer in the Parks is a testament to the dynamic contribution the arts makes to the city all year long.”