Ken Grant has worked in Delaware media, politics, and marketing for 25 years. He and his Lovely Bride enjoy Wilmington's arts and culture scene as much as they can. 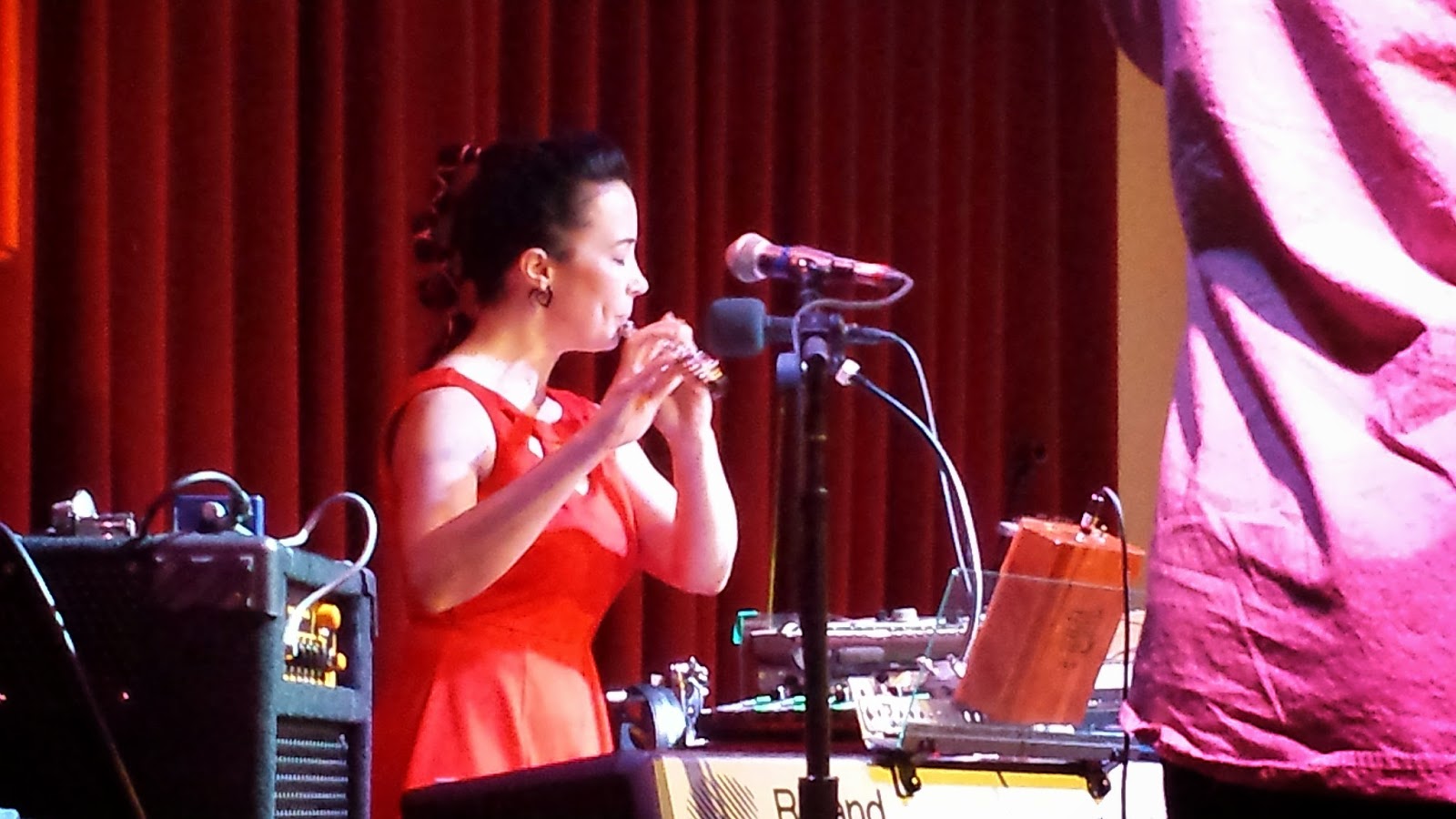 If the only thing Angela Sheik had to offer was her vocal range, it would be worth going to her show.

If the only thing Angela Sheik had to offer was her quirky-yet-profound songwriting style, it would be enough to draw an audience.

But, when you add in the talent of playing multiple instruments, both performing and engineering magical soundscapes while engaging the audience with fun asides and deep revelations, then you find words like “genius” and “brilliant” woefully inadequate to describe the talent of Angela Sheik...

Sheik started her concert Saturday evening at World Cafe Live at the Queen without introduction, fanfare, or words. While the overflowing crowd was caught up in conversation, Sheik made adjustments to her instruments and microphones, then started tapping her microphone in rhythm, laying down the first track of what was soon to become a multi-layered musical piece that silenced the crowd as they realized an alchemist was on stage adding ingredients to a formula that transformed seemingly simple sounds into auditory gold. 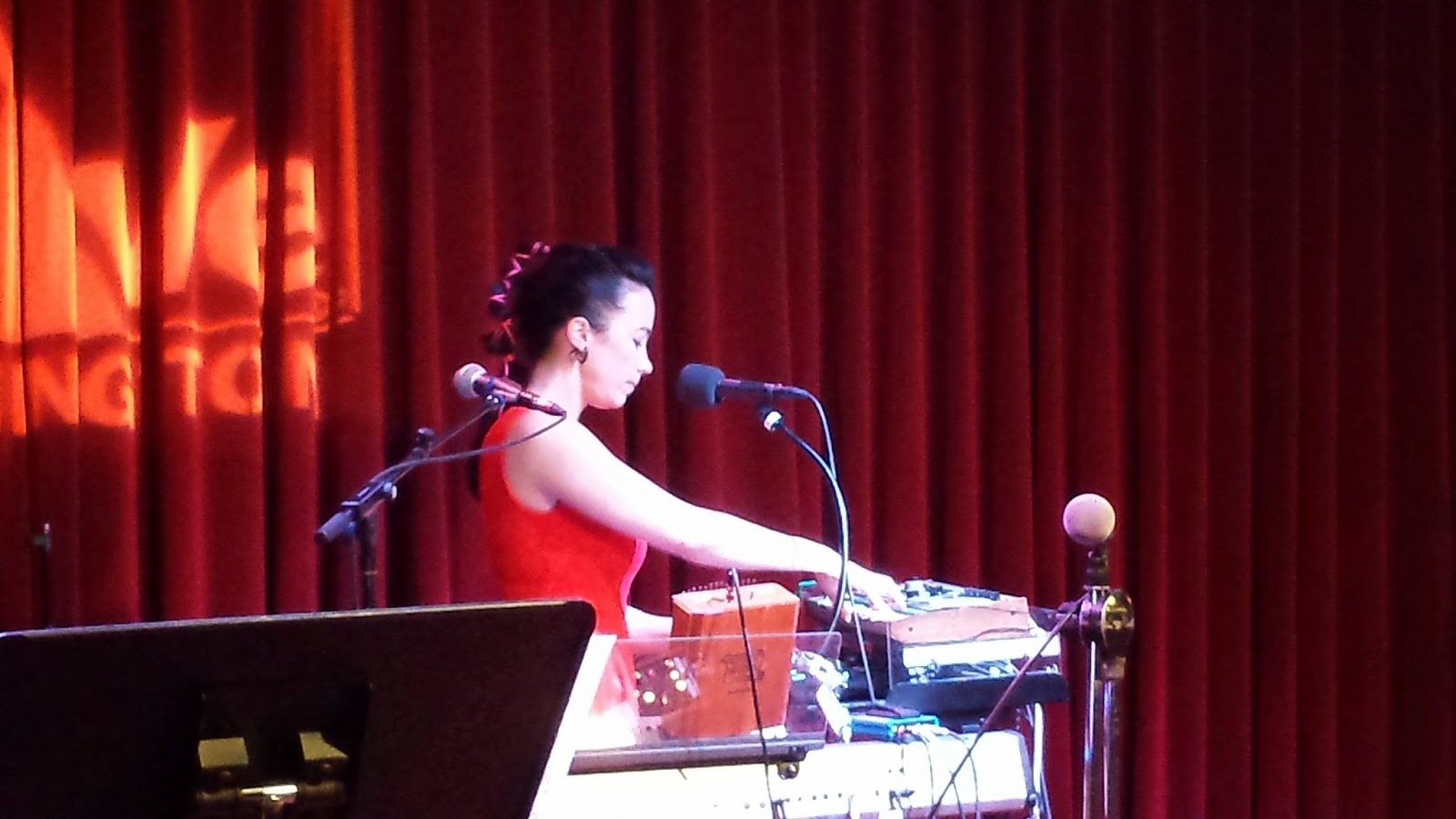 The last time Sheik played material from her latest project before a Wilmington crowd, she did so with the help of more than a dozen other musicians. This time she was trying to produce the same sounds solo – playing all of the instruments and feeding them through her loop machine, then adding her rich vocals.

The question is, how many instruments does Angela Sheik use in a performance like this? And the answer depends on your definition of instrument. Keyboard, accordion, xylophone, flute, auto harp, triangle, theremin – yes, those count. But what about the tapping on the microphone that sounds like a bass drum? What about the loop machine? Is that an instrument? What about when all of the music is fed through the theremin? Does it become a different instrument? And what about the point where Sheik instructs the audience to get out their smart phones, go to AngelSheik.com, scroll down the right column and click on the red box that says “play along” so they can pick a track to play while she sings “Evening Calls”? Does each phone count as an instrument?

Sheik's music explores a variety of themes, from love and loss to the struggle with ego – all in a way that forces the listener to engage as more of a participant rather than passively listening. Sheik takes the audience to new and different places throughout her show – and the audience seems to enjoy every turn and discovery.