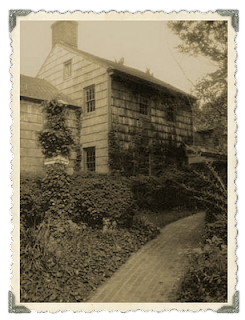 I biked down Columbia Avenue and enjoyed a leafy canopy and wide shady streets leading to Dodds Lane and the incredible gardens surrounding the League. The Homestead Gallery is smaller, but in a beautiful old house so you feel as if you are in someone’s home that is filled with wonderful pottery and art.

Here I noticed in particular the pale greens of Gail Neiburg’s and Nettie Green’s ceramic plates, the bold acrylic of Tehrir Square by Alan Keffer, the oil of Atlantic City in the Morning by Jarrod Ranney as outstanding. But when I arrived at the Corkran and Tubbs Galleries, the work truly began to overwhelm me.

Ken Kusterer, who moved to Lewes in 2006, has a big city edginess in his portrayal of an endless group of black men in bright orange prison jumpsuits entitled Used to be slavery was oppression enough. He also had a portrait of Benito Juarez with an inscription in the picture. Bill Snow’s oil of a Fall Storm on Federal Street in Milton showed the purply grey sky of a storm, the shine in the street giving off the reflection of the buildings and car whose headlights pierced through the foggy aftermath of the heavy storm.

There are also many small pieces and crafts that are quite tempting, including notecards with Lewes Eateries by Kathy Buschi of Magnolia as well as mirrors and other small items. This exhibit is open until August 26, but it seems the Rehoboth Art League is a powerful force that will be with us for some time to come.