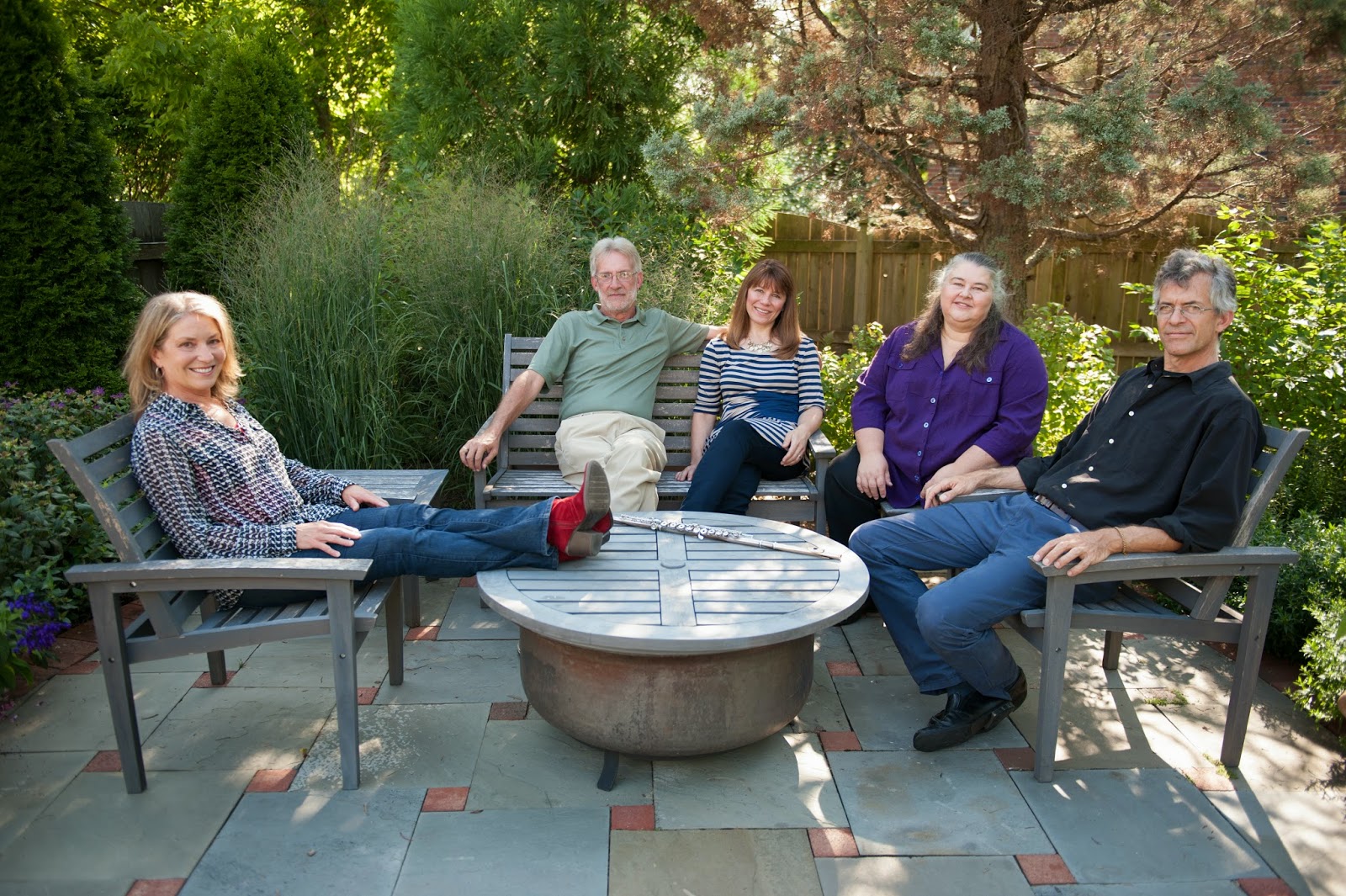 Despite rumors to the contrary, modern classical music can be melodic and fun. The lucky audience at Mélomanie’s concert on Sunday at the Delaware Center for the Contemporary Arts got to hear two such works along with some fine representatives of the Baroque and pre-Classical periods.

The program featured the world premiere of Aegean Airs, a piece written especially for Mélomanie by West Chester, Pa.-based composer Robert Maggio. Maggio has been described as a versatile, passionate and eclectic composer. Not surprising since he grew up listening mostly to rock and Broadway musicals. He did not discover classical music or study “serious” composition until college.

Aegean Airs, which takes its inspiration from the composer’s recent trip to Greece, is unmistakably Maggio. The work consists of seven movements, the theme of which is a Delphic hymn the composer discovered on the Internet. The odd-numbered movements are contemporary arrangements and variations of this hymn, while the even-numbered movements draw on the Greek scales, melodies and rhythms of the pop-folk music the composer heard in Athens, Mykonos and Santorini during the summer.

Maggio and Mélomanie are magical. What better way to introduce a piece whose theme is the blending of the ancient and modern in present-day Greek culture than with an ensemble that blends the old and new in performance?

Alec Wilder (1907-1980) is another “fusion-type” composer whose work combines elements of jazz and the American popular song with classical European forms and techniques. His Suite for Harpsichord and Flute provided the perfect showcase for Kimberly Reighley’s superb talents. She produced a full, rich, luscious sonority, ably interpreting the contrasting moods of the three movements, especially the final one, “Keeping the Blues in Mind.”

J.S. Bach’s Suite in G Major for Unaccompanied Cello showcased the playing of Douglas McNames. The Suites for Cello are among the most popular works by Bach and represent a challenge for every cellist. McNames was more than up to the challenge. The Prelude, one of the most recognizable works for the instrument, was wonderfully spacious. But it was in the dances that he was outstanding, full of understated nuances in rhythm and phrasing.

The “style gallant” was nicely represented by Louis-Gabriel Guillemain’s Sonata III in D Minor. The work attempts to create true “conversations” among the instruments and the result was a truly delightful listen.

Speaking of Bach, the concert opened with an engaging and sublime performance of the Sonata in A Major by the pre-Classical composer Carl Friedrich Abel, close friend and concertizing partner of J.S. Bach’s son, J.C. Bach, and one of the last virtuosos of the viola da gamba.

A Musically Nostalgic Trip Through Our Favorite TV Memories

Guest Blogger Rebecca Klug is the Manager of Marketing for the Delaware Center for the Contemporary Arts and an enthusiastic advocate of the community-building power of the arts.

The Rainbow Chorale's As Seen on TV! showcase on Friday, March 27, was an entertaining romp through a range of favorite television theme songs and other classic TV moments. The rustic Arden Gild Hall setting and "heavy hors d'oeuvres" — which turned out to be a table laden with fried chicken, meatballs, mashed potatoes, corn, meatloaf, vegan polenta lasagna and a selection of homey desserts — established a feeling of an old-fashioned community get-together right from the start.

The chorus, under the direction of Elinor Armsby, led off with The Muppet Show Theme and moved on to other iconic openers like All in the Family's Those Were the Days, The Big Bang Theory's History of Everything, the Sesame Street Theme, and a medley of themes from classic shows like Laverne & Shirley, the Brady Bunch, Bonanza and I Love Lucy.

No lyrics, no problem! We heard vocal adaptations of instrumental pieces like the Theme from Star Trek, and — in possibly the strongest performance of the evening — Henry Mancini's Peter Gunn. In addition to full-chorus features, musical numbers ranged from a solo performance of David Bowie's Life on Mars sung by Denise Conner to a female quartet singing I Wish I Were an Oscar Mayer Wiener in barbershop style, to a rousing rendition of Friends' I'll Be There For You sung by a male sextet, all dressed in their respective Friend's part.

Throughout the concert, the audience participated enthusiastically, overpowering "Ed Sullivan's" stilted introduction with shrieks and shouts of "Beatles!!" during a recreation of the band's famous performance of I Want to Hold Your Hand and singing along (with more energy than accuracy) with Schoolhouse Rock's Constitution Preamble. By the time the chorus closed with The Golden Girls' Thank You For Being a Friend, it felt like a genuine and heartfelt send-off to a room packed with still-laughing supporters.

The Rainbow Chorale, established in 1999, is an inclusive, nonprofit community chorus that provides LGBT individuals, friends and allies an opportunity to perform choral music while serving as a positive force for change.

See www.therainbowchorale.org.
Posted by Arts in Media 2 comments:
Email ThisBlogThis!Share to TwitterShare to FacebookShare to Pinterest
Labels: The Rainbow Chorale of Delaware

By Guest Blogger, Hope R. Rose
Hope is a freelance photographer and photojournalist. She has been published in Next Level Magazine, Delawareblack.com, el Hoy and other regional publications.

I clutched my pearls at the beginning scenes of Wilmington Drama League’s performance of Lips Together, Teeth Apart (LTTA). The actors spewed uncomfortable words. The diverse audience did not know how to react at such horrific words. Most wanted to laugh but saw that we had neighbors that might not find the humor in it.

The play was directed by Rebecca May Flowers and assistant directed by Ivy Brock. LTTA was written by Terence McNally and takes place with two heterosexual couples spending Fourth of July weekend in a beach house on the very gay-friendly Fire Island. Main character Sally has inherited the beach house from her gay brother who recently passed away due to complications from AIDS.

As the play goes on, you laugh at the characters' close-mindedness. You realize that they live their lives as "what is right is who they are."  What’s wrong is people who are gay, other ethnicities, etc. They fail to acknowledge their own fragilities. They all live in isolation. All around them are people who are enjoying the festivities of the holiday weekend, and they are spending a miserable weekend together, isolated, because they are unable to find anything to celebrate about themselves.

The play continues at the Drama League until Sunday, March 29. Check out this introspective performance that examines the lack of diversity that some people live and their (resultant) isolated lives.