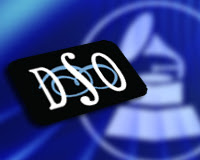 You read the headline and said to yourself that a local samba rock band must have made a CD, no?

Not even close. The wild and raucous group whose CD drew the attentions of judges in the Latin Grammy is none other than the Delaware Symphony Orchestra.

The category in which they are competing is CLASSIC (sic) and the subcategory is Best Classical Contemporary Composition. They recorded a piece by Sergio Assad called Interchange which he wrote for the Los Angeles Guitar Quartet and the recording was quickly and brilliantly made and mixed by Telarc.

The LAGQ performed the world premiere of the piece live with the Delaware Symphony Orchestra in May 2009 and the recording was made just after the performances.

Much credit should go to the gifted and frighteningly intelligent music director of the DSO, David Amado. He has chosen artists and repertory which have not always attracted large audiences, but he has managed to make contacts with young artists and composers.

His orchestra, already good when he took the helm, has become a unified living and breathing entity on its own merit. The players have been playing an extremely wide and demanding range of works under Amado’s direction and this has given them the sort of confidence, prowess and dependability that enticed the Los Angeles Guitar Quartet to record a world premiere with them.

Congratulations are due to all involved in this impressive project. And don’t worry, there are still a lot of Latin rockers going to Las Vegas in November, too.